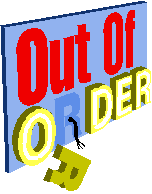 Being transparent is something that I aim to be with my children.  I don't generally shy away from discussions with them about life, because I want them to feel as if they can talk to me about anything.  Hopefully I'm setting us up for a lifetime of open communication.  So in all this openness and transparency, there must be honesty.

Yesterday as we were preparing  to go to Easter service I heard my youngest two daughters talking.  What exactly they began talking about I'm not sure, as I only caught a bit, but my youngest said "I'm going to get married and have kids".  To which my reply was "yes, that's the way you do it, get married first then have kids." So my middle daughter chimes in "Wasn't Lynn at your wedding?"  I say "Yes, she was, but Mommy and Daddy were out of order."

Life is what it is and sometimes things, or people get broken, essentially we are "out of order".  That was how my life was.  I had known for a long time that I was not doing things the way they should have been done.  I was literally all over the place.  I was 22 years old, and unwed when I became a mother.  That is a fact, and I am not ashamed [now], neither am I proud of it.

I am sure the conversation of "doing the right thing" i.e. getting married when found we were pregnant occurred, however I knew that I was in no place to make that type of life changing decision when I was so confused.  And really it's not "doing the right thing"  if you do it because...... I want my children to know that even though we didn't do things in order, that doesn't mean they should follow the same path, and hopefully we are showing them a better option.

My parents were never married [to one another], each married other people when I was about 7.  My husband's parents divorced when he was young, and he was largely raised by a single mother.  We both had good lives, but not the family structure that we are trying to show our children. We don't have long lines of married couples [you know those marriages older than we are] to look to as examples, however that is what we want to be for our children. We want them to marry FIRST, THEN have sex, and children, in that order. If it doesn't work out that way we will still love them, (just as God still loves us), but I pray it does. We want them to see that even if you don't start reading and following the directions from the beginning it doesn't mean you can't pick them up and eventually get it right.  Just because we were out of order doesn't mean they have to be.

We started out of order, BUT we eventually got smart and started following the directions and we are here today blessed and happy.  Trying to be the best parents we can by being open, honest, and showing that all things can be put in order when you Believe. 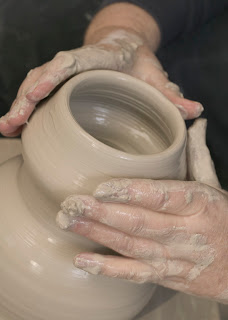 Be Blessed
Posted by Shanta Hayes at 9:01 AM

Preach! Great post, thank you for being transparent not only with your children, but with us as well.
Funny story, when I was growing up, I had two sets of favorite cousins and I attended both of their parents' weddings. I was so jealous, because my cousins were flower girls/bridesmaids or ring bearers/groomsmen in their parents weddings. After each wedding, I complained to my parents, "Why couldn't I be in your wedding?".
My mom just laughed and told me that I would undestand when I grew up.
My parents were married before I was born and divorced just 30 months later. You can do it 'in order' and still screw it up. ;)
thanks again for a great post.

I understand that starting in order doesn't mean you'll finish together.

Atlanta Moms on the Move